Some of the Strangest Obstructions Found in Plumbing

Some of the Strangest Obstructions Found in Plumbing 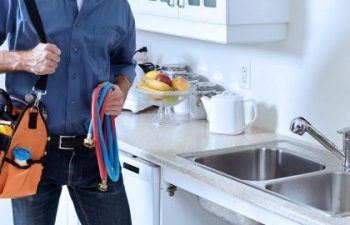 Ask any plumber about the strangest blockages found in toilets, pipes and sewer lines and you will hear countless extraordinary accounts. Although plumbing systems are pretty straightforward in their intended use, foreign objects often find their way into the mix.

In most cases, kids and even pets are the most likely culprits. However, adults are also guilty of flushing inappropriate materials. While this list is by no means exhaustive, it does shed light on some of the strangest obstructions that plumbers have had to remove from toilets and pipes.

Dentures
For those who have to wear dentures, losing a set is frustrating and costly. These dental devices often show up in plumbing, which is only discovered when multiple sets cause a blockage. Although you probably wouldn’t want to reuse false teeth that have been found lodged in your pipes, it helps to know why they keep going missing.

Smartphones
A commercial grade toilet is more than capable of swallowing a smartphone in a single flush. This is an issue that is typically encountered by plumbers on callouts to nightclubs. Most of these devices are unusable at the point of discovery, so keeping a plumbing lost-and-found box is probably pointless.

Toys
At home, more age-appropriate toys are likely to cause a blockage in a toilet or sink. It is not unusual to find a large number of building blocks, model farm animals or action figures – often in the same plumbing system. Unfortunately for parents, this is one of the most difficult kinds of blockage to avoid as young children typically flush the evidence away while your back is turned.

Money
It is understandable to expect small amounts of money to show up in plumbing, but it may surprise you to learn that finding substantial sums is fairly common. As to the origins of these watery windfalls, that’s another question entirely.

If your toilet is blocked or water is backing up into a sink, discover what is causing the issue by calling Absolute Best Plumbing today. We will get to the bottom of the mystery and remove the blockage at your home or commercial property right away.

If you are in need of plumbing services for your home or business in Orlando or in central Florida, please contact our Plumbing Company or call Absolute Best Plumbing today at (407) 930-7309. We look forward to handling all of your residential and commercial plumbing needs.